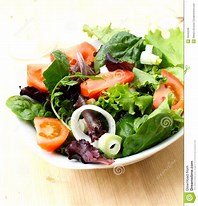 The recipe had been in my pending file a long time, so last week I fixed kalpudding, a Swedish dish that is basically a meatloaf between layers of caramelized cabbage. I’m a fan of cooked cabbage, though much of the world is not, so this sounded good to me. It was a disappointment, and the recipe is now in the round file.


The meatloaf in the middle was good though, and I eventually scraped all the cabbage off and used the meat for sandwiches. It was the most basic meatloaf recipe ever: one half pound each ground beef and pork, ½ c. milk, ½ c. rice, and a medium onion (measurements are approximate because, not thinking ahead, I didn’t keep the recipe and couldn’t find the exact same one online). You can find several versions of kalpudding online if you want to try it despite my negative experience. Rice is not something I keep on hand, so I substituted panko, the Japanese bread crumbs made without bread crusts.


The point about the meatloaf is that the ground pork gives it a different, denser texture than my usual all-beef meatloaf. My mom used to mix pork and beef, and I liked it—this reminded me of Mom’s dinners. Or maybe the bread crumbs did that.


My advice summarized:  forget the cabbage and substitute a bit of pork for some of the beef in your next meatloaf. Rice or bread crumbs? Which you usually use and like. Just keep it in proportion. One of my sons never liked my meatloaf because he claimed I got too much filler and not enough meat. I don’t suppose it occurred to him that I was watching the budget and stretching the meat.


My warning: without meaning to I bought panko seasoned with herbs and garlic. It worked fine in the meatloaf, but a few days later I made salmon croquettes and, being lazy, again used the panko. My mom told me once never to use anything but ground saltines with croquettes, and Mom always knows best. With the panko, I ended up with salmon hash. Tasted fine but was not pretty to look at. Read labels carefully.


Essentially the same thing happened to me with butter. I prefer Kerrygold, the Irish full-fat butter that gives everything a better flavor and is generally GMO-free. So recently, I unwrapped a new stick of butter and to my horror, it had mold—little green flecks all through it.  Closer inspection revealed that it was not mold but seasoned butter—herbs and garlic again. Great for garlic bread, not so much for my cookie dough. Again, the moral: read labels carefully. I prefer to do my own seasoning, thank you very much. (And I keep butter in the freezer, so it won’t go rancid if I don’t use promptly—keep one stick in the fridge to be soft enough for quick use. I also avoid whipped butter—don’t need that air beaten into it, nor the extra moisture which throws many recipes off). And we won't even talk about margarine, which is a chemical product no part of which has ever been near acow.


So with my negativity about kalpudding and pre-seasoned products, here’s a positive: the best vinaigrette I’ve ever made. I stole the recipe from a novel—The Last Chance Olive Ranch, by Susan Wittig Albert. It’s called Sofia’s salad dressing:


Whip together ½ c fresh lemon juice, ½ c olive oil, 1 Tbsp salt (yes, that’s right!), and three garlic cloves minced. No, it doesn’t taste salty. I don’t know chemistry of what the salt does for the mixture, but it is delicious. Do not substitute for the fresh lemon juice.


Be sure to put croutons in the salad—soaked in this dressing, they are beyond delicious. Even here, though, there's a warning--leftover dressing gets too salty. Maybe cut the recipe in half.
Posted by judyalter at 2:53 PM No comments:

Coquille St. Jacques, or toying with a recipe 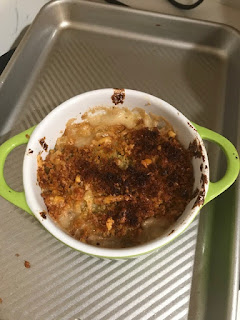 Once years ago I fixed dinner for a small group of women who were attending a sales meeting the next day. My entrée was Coquille St. Jacques, and I confess it was probably the most complicated dish I ever fixed—and time-consuming. Worth it though, because one woman, who had traveled the world, said she’d never had a finer meal. The next day one of the men asked what we had for dinner, and when I told him, he said, “Gesundheit!”


Coquille St. Jacques is French for scallops in a creamy mushroom sauce. I prowled around the internet, found lots of recipes, but no explanation of the name or its history. I do know that it is traditionally served in a shell-shaped dish, piped around the edge with mashed potatoes

Some time ago I came across Ina Garten’s recipe for Make-Ahead Coquilles St-Jacques. Because Jordan loves scallops, and because I wanted to try the recipe, and because Jordan’s husband doesn’t like scallops, I fixed the dish this week when Christian was entertaining clients. I’m not at liberty to reproduce the recipe for you—Ms. Garten might object—but here’s a link to it: https://www.mastercook.com/app/recipe/WebRecipeDetails?recipeId=2048095


What I want to share with you today is how I toyed with the recipe. Basically, the dish has three components: a creamy white sauce; sautéed scallops, shallots, and mushrooms; and a crumb topping.


The original recipe calls for curry in the white sauce, but I firmly believe in letting delicate flavors, especially seafood, speak for themselves without distracting spices. I don’t want chili powder anywhere near my lobster, nor do I want curry in my scallops. I left it out. Otherwise, I made the cream sauce as recommended, except I didn’t bother with unsalted butter. I did use heavy cream—no cheating with half-and-half. 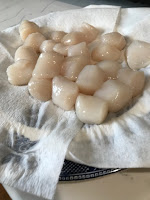 Ms. Garten recommends sautéing thinly sliced shallots first, adding sliced mushrooms, and finally adding scallops. I sautéed the shallots until soft and transparent, added the mushrooms, and cooked over medium heat until soft and tender. Then I took them out of the skillet, turned up the heat and seared the scallops—the trick is to get a brown crust quickly while leaving the inside soft and tender. It only takes a minute. Don’t look away.


I put the shallots, mushrooms, and scallops into the sauce, stirred it all, and divided into individual ramekins. Then I turned my attention to the crumb topping—and learned a wonderful new trick. The topping is fine bread crumbs (I used panko which turned out to have a bit of thyme and parsley—just a hint) and grated gruyere cheese. But then you moisten the mixture with just enough olive oil. Absolutely made the best, crunchiest topping ever—and held its crunchiness through reheating the next night. I’ll use that topping (with varied cheeses) on lots of other dishes


I halved the recipe and got three nice-sized servings, so that Jordan and I dined on it the first night, and I had the one leftover ramekin the next night. The full recipe would easily serve six. A bit rich, a bit of work, but oh my! Was it good!


Hats off to Ina Garten.
Posted by judyalter at 9:11 AM No comments: