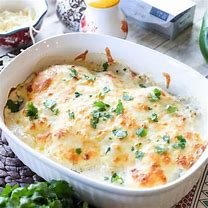 Kitchen fails! We all have them, and I’ve had a couple of doozies lately. I tried a New York Times (sorry, Sam Sifton) recipe for zucchini with garlicky bread crumbs, following it as best I could while reducing it to one zucchini instead of two. The recipe didn’t say to scrape out the seeds—or I overlooked that—and what I got was too much bland zucchini. I usually love it, but this was a mouthful, and the bread crumbs didn’t cut it. I discarded the other half, regretting the waste.


I’ve had a recipe for some time for salmon with a soy/molasses glaze—looked and sounded wonderful, so I tried it. For some unfathomable reason, I followed the directions to the letter—and grossly overcooked the fish, which was dry and without flavor. Couldn’t even taste that glaze. This time I at least made lemonade out of lemons—I cooked some spinach fettucine and let it sit in hot water. Sautéed garlic and a bit of onion in half butter, half olive oil. Added about a half cup of chicken broth and a bunch of frozen green peas and let it cook until the peas were defrosted. Stirred in the salmon and gave it all a good squeeze of lemon. By then, the broth had reduced nicely. Using tongs, I fished the pasta out of the water and added it to the salmon—it’s my new pasta technique since with the hot plate I can’t cook two things at once or I’ll trip a circuit breaker (I still call it blowing a fuse).


I stirred the salmon and pasta mix over medium heat until it was warm through and then added a generous dollop—maybe more—of sour cream. Really good—got a meal and a half out of that leftover and prided myself on having saved the salmon to some extent. I may be off salmon for a while though.


Fortunately my failures have been balanced by at least one outstanding success. My family loved the green chili chicken bake I did the other night. I don’t know where I got the recipe, but I doctored it because I have an intense dislike for dry chicken. This project required I borrow a large baking dish, that wouldn’t fit in my toaster oven, from Jordan and then send the dish into the house to be baked—one of the advantages of a tiny kitchen attached to a house with a full kitchen. But I forgot to “borrow” my metal meat tenderizer, which they have in their kitchen—Christian is loving pounding out chicken. I tried tenderizing with the edge of a small plate—minimal success, and I resigned myself to thick chicken pieces but with lots of sauce.


1 can cream of chicken soup, undiluted


Pound the chicken flat and lay pieces in a greased 9x13 baking dish. Combine next four ingredients thoroughly; then stir in the chilies. Make sure it is well blended. Add chicken soup—you could use cream of mushroom if you prefer or you might want to dilute just a bit with broth. The way I did it made a thick sauce—delicious but pretty rich. Spread the mixture evenly over the chicken and bake 30 minutes at 350. Top with Jack cheese and bake another ten minutes, or until cheese is melted and begins to brown.


Serve with lime wedges—the juice cuts the richness a bit. We accompanied the dish with wild rice, but you could use noodles or, to be authentic, beans. This is a keeper recipe, according to my family.
Posted by judyalter at 8:22 AM